Medicare Part D went into effect on January 1, 2006. Anyone with Part A or B is eligible for Part D. It was made possible by the passage of the Medicare Prescription Drug, Improvement, and Modernization Act. In order to receive this benefit, a person with Medicare must enroll in a stand-alone Prescription Drug Plan (PDP) or Medicare Advantage plan with prescription drug coverage (MA-PD). These plans are approved and regulated by the Medicare program, but are actually designed and administered by private health insurance companies. Unlike Original Medicare (Part A and B), Part D coverage is not standardized. Plans choose which drugs (or even classes of drugs) they wish to cover, at what level (or tier) they wish to cover it, and are able to choose not to cover some drugs at all. The exception to this is drugs that Medicare specifically excludes from coverage, including but not limited to benzodiazepines, cough suppressant and barbiturates. Plans that cover excluded drugs are not allowed to pass those costs on to Medicare, and plans are required to repay CMS if they are found to have billed Medicare in these cases.

It should be noted again for beneficiaries who are dual-eligible (Medicare and Medicaid eligible) Medicaid will pay for drugs not covered by part D of Medicare, such as benzodiazepines, and other restricted controlled substances.

Get a Free Quote

Read what satisfied customers have said about Medicare Advisors.

See All Reviews(opens in new tab)
DB
Bruce is excellent...walking you step by step to help you make a decision.Donna B.
DS
Satisfaction plus!!!Donni S., St. Charles, IL
WW
We have been working with Bruce for over 10 years with good service throughout.Wendi W., Wheaton, IL 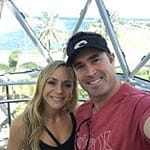 Bruce is best out there when it comes your Medicare needs.Kyle E., Illinois 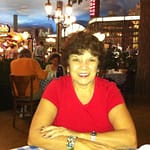 ...his knowledge of what an individual needs to protect their health.Cynthia M., Lombard, IL
See All Reviews

Dedicated to Finding You the Best Coverage!